Bert & Bertie are a female writing-directing duo with their own unique style of storytelling and magical realism.

The Great ‘A Remarkable Jape’

Bert & Bertie are a female writing-directing duo with their own unique style of storytelling and magical realism.

Bert is South African born but moved to London where she became a producer winning a short film BAFTA for Antonio’s Breakfast in 2006. Bertie hails from the UK and was a screenplay writer for Sony PlayStation. Her debut game, The Getaway, was nominated for a video game BAFTA.

Bert & Bertie met in 2005. An instant, creative kinship was born. Soon after they joined forces to write and direct their first short film ‘Phobias’. It defined their strong, collective vision that won them numerous film festival awards. They directed two more shorts, The Taxidermist and Worm, which garnered recognition in both dramatic and comedic genres, and Taxidermist won Palm Springs International Film Festival. They directed their debut feature film Dance Camp in 2015. Shortly after they were selected to join the Fox Studios’ Directors Initiative and Ryan Murphy’s HALF program.

In 2019, Variety named them as ‘Directors to Watch’ in the same month that their second feature Troop Zero was to play as the Closing Night film of Sundance Festival. Troop Zero was released in 2020 to huge critical and commercial success for Amazon Studios. The film reunited Alison Janney and Viola Davis on screen once more offsetting them with the one and only Jim Gaffigan.

In 2019, they made their foray into TV directing, with two episodes of Showtime’s ‘Kidding’ created by Dave Holstein, starring Jim Carey, Katherine Keener, Judy Greer and Frank Langella. They have since directed two episodes for Hulu’s ‘The Great’, created by Anthony McNamara starring Elle Fanning and Nicholas Hoult.

Their wealth of creative experience and passion for all the arts ensures they remain playful while story guides their every decision.  Blurring lines between reality and fantasy, theirs is a world of beautifully dark invention; crackling with emotion and driven by affecting performances. 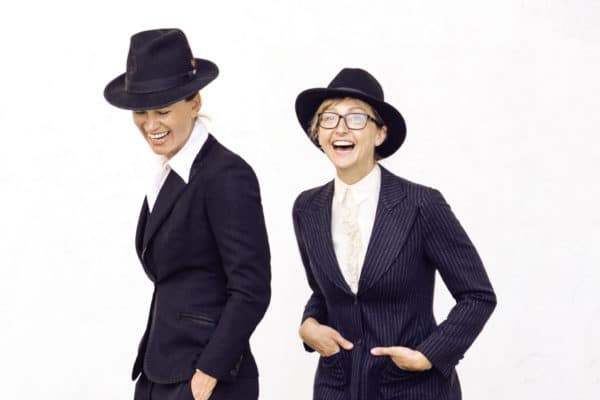