The collection is informed by an obsession with British folklore and its many rites and rituals. The opening installation - a stylized Stonehenge - made up of 8 monolithic LED screens, presented an imposing cast of characters traditionally found throughout British folklore. The second installation, represented a darker more menacing vision: a Pagan anarchy, illustrating the oppositional forces - black and white, positive and negative, chaos and control - that are all signature to Pugh’s work. The final installation in the series, Ascension, opened with an original piece created by McGregor, and ended with the image of the phoenix, a timeless icon of rebirth and renewal. 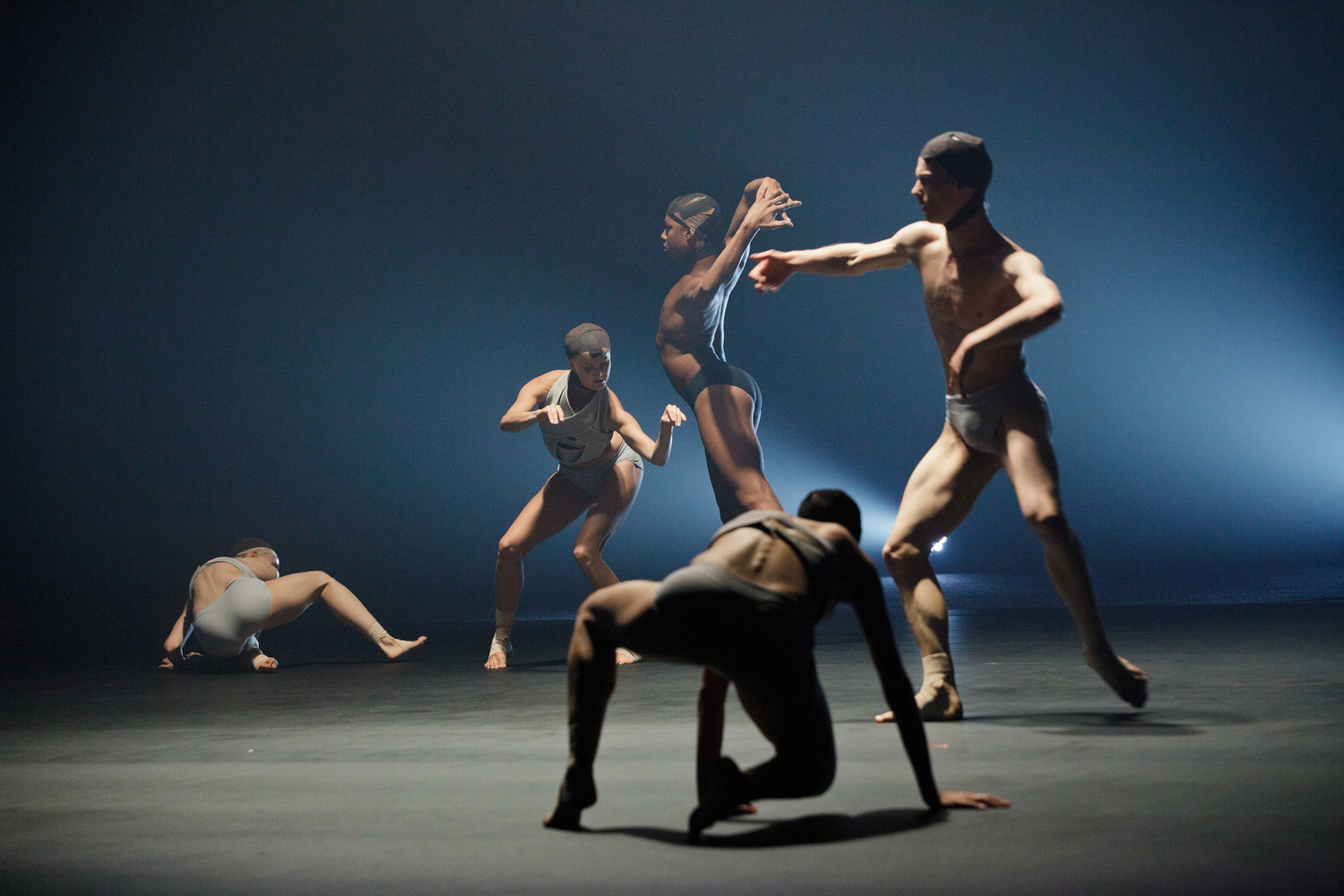 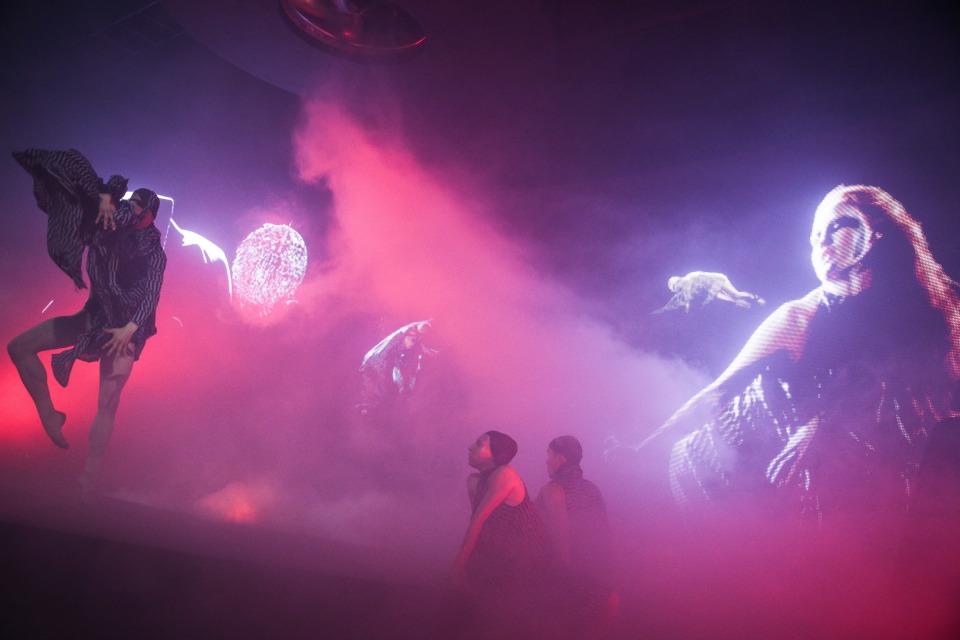 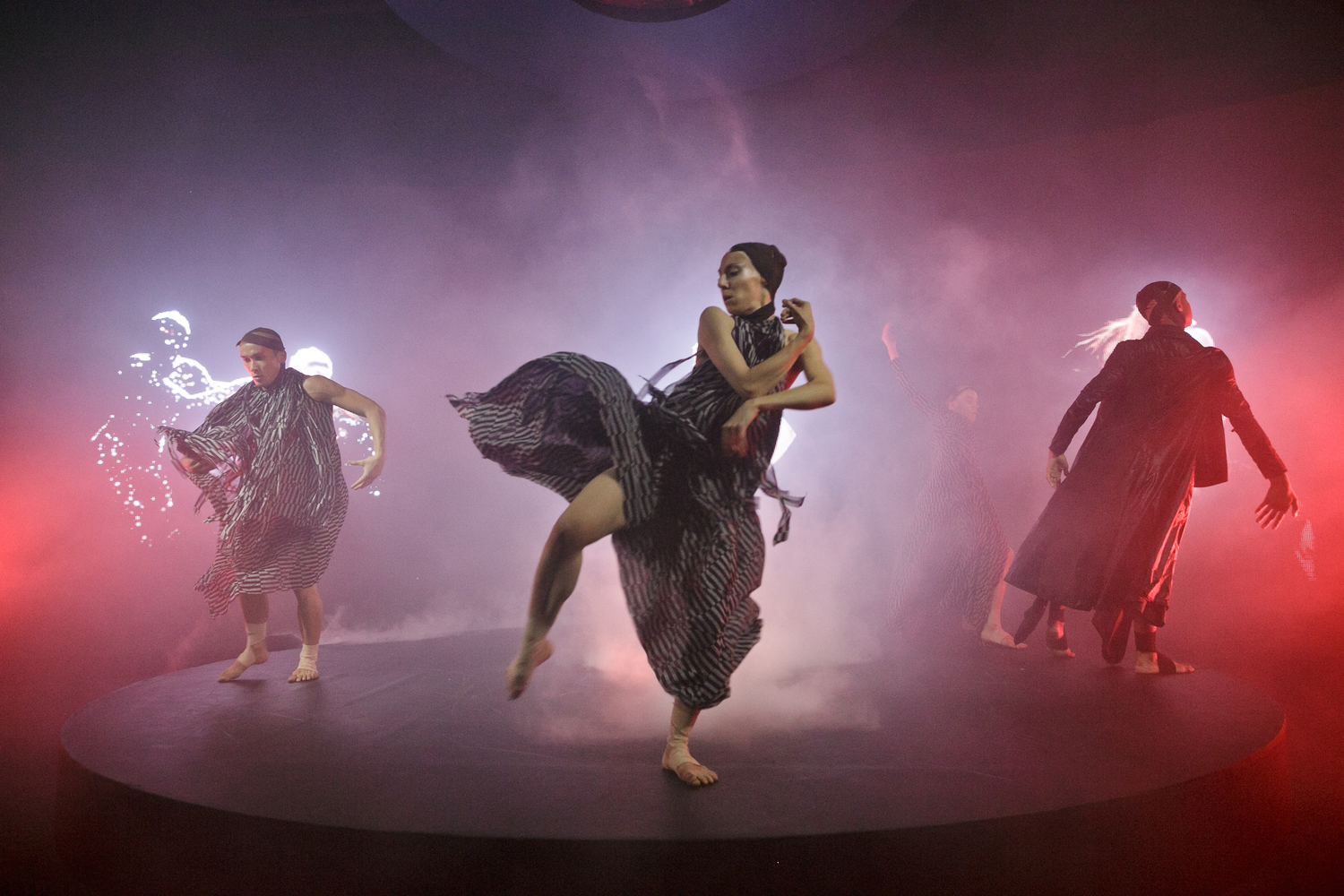 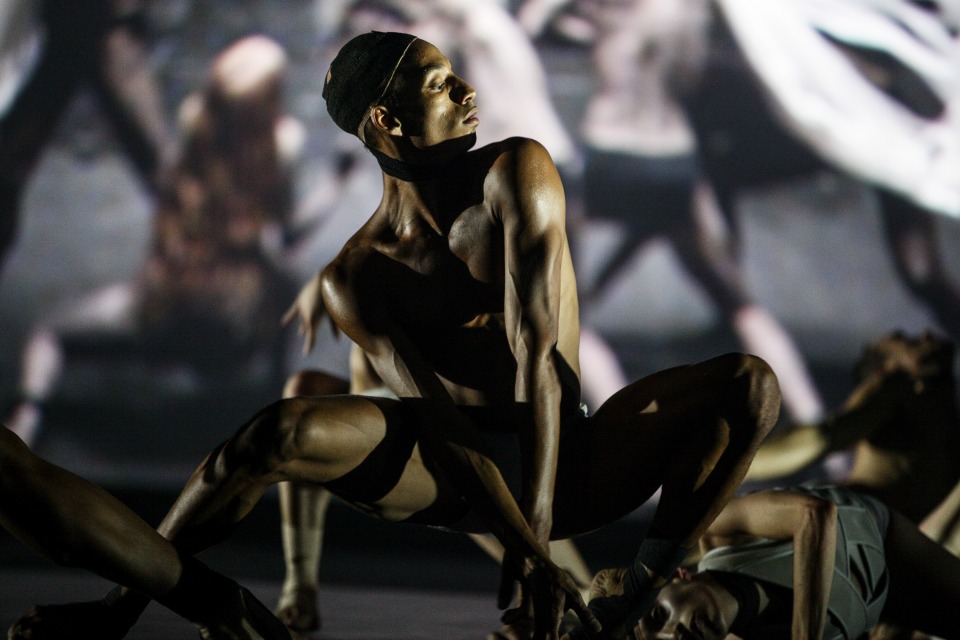 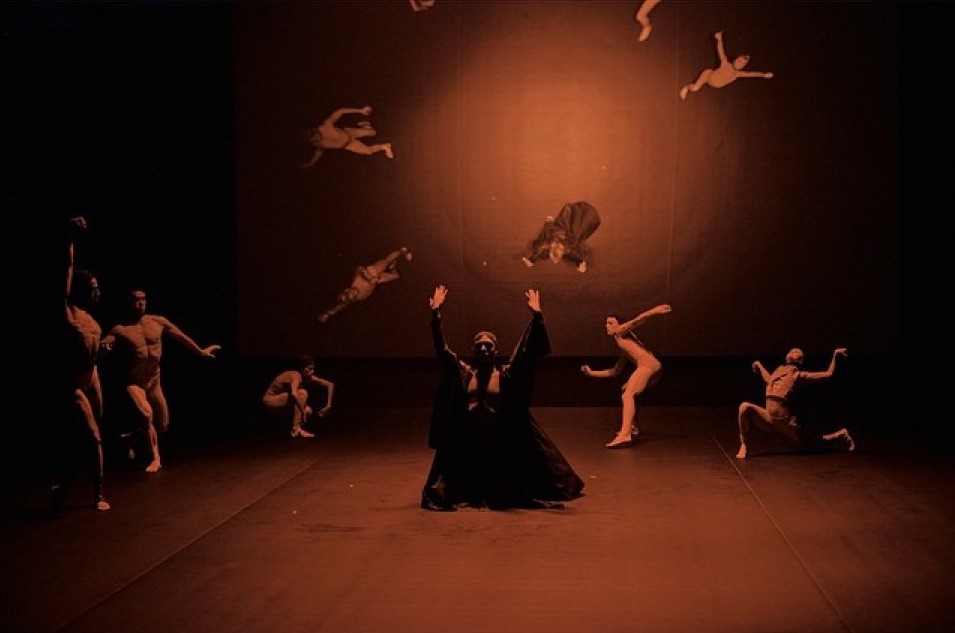 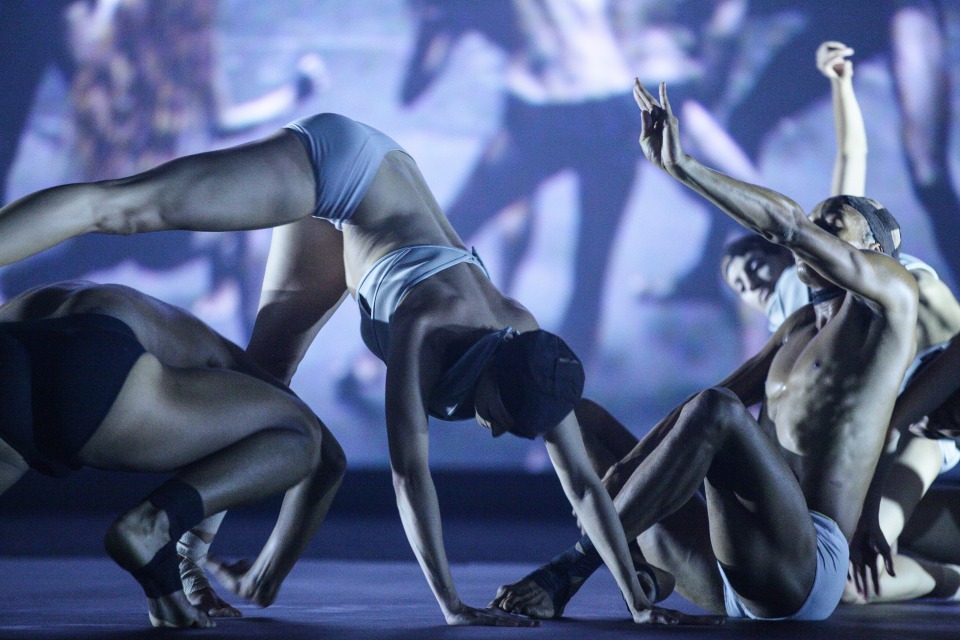 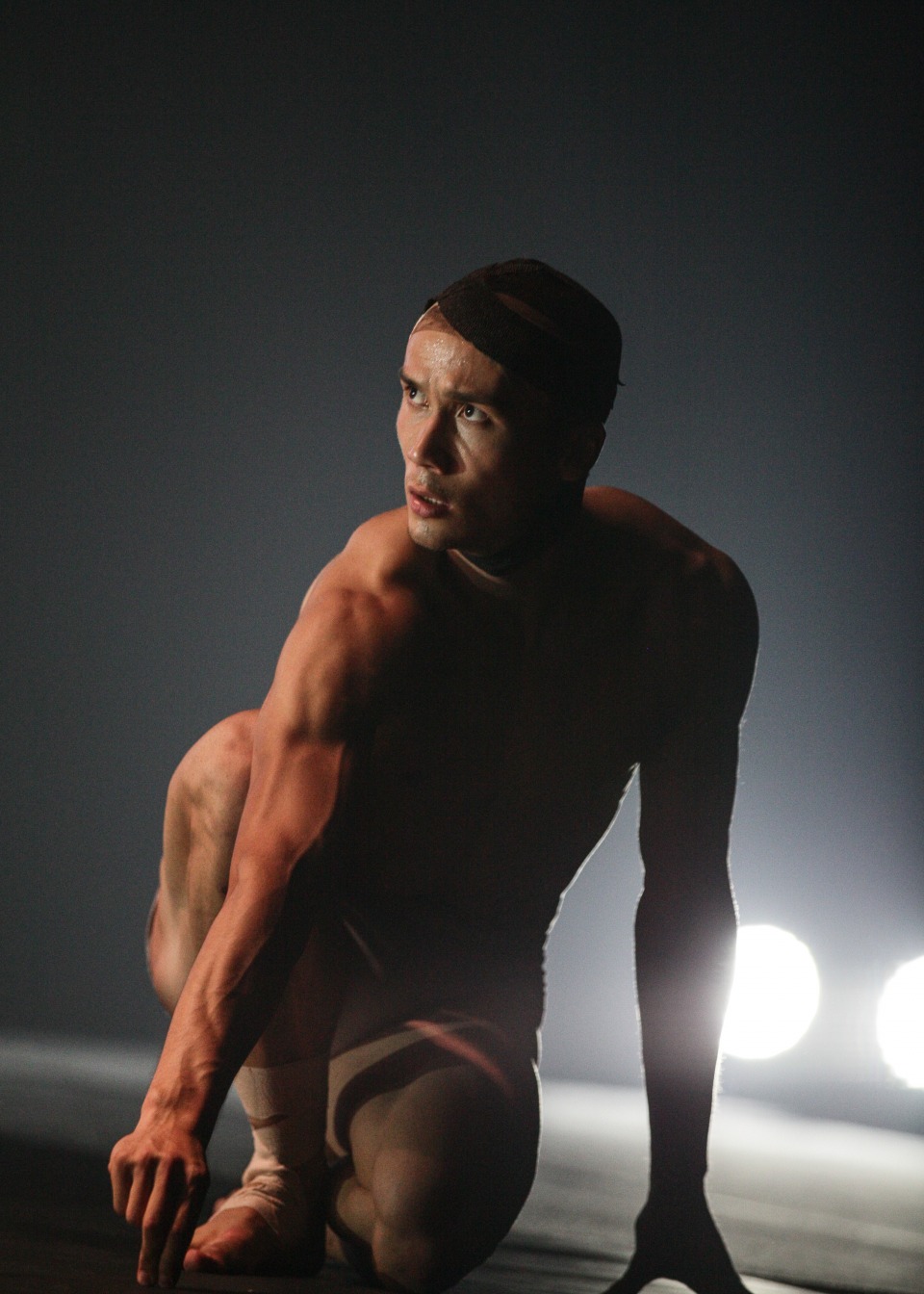